The most important in this week’s headlines out of and concerning Africa, for those who need help catching up. In the past week, a controversial vote was made in Burundi, another case of Ebola confirmed in Liberia and a victory for LGBT rights in Mozambique.

1. While the U.S. celebrates a victory for LGBTQ couples in a landmark Supreme Court decision that legalized gay marriage nationwide, Mozambique made its own steps forward. A new penal code decriminalized same-sex relationships, overthrowing colonial-era laws. While the change shows movement in a positive direction, many countries in sub-Saharan Africa, including Nigeria and Uganda, continue to support laws criminalizing LGBT relationships.

2. Liberia, which was declared Ebola-free on May 9th, confirmed its second Ebola case and sparked fear that the disease may be starting a resurgence in the country. Liberia was one of three states, including Sierra Leone and Guinea, to suffer the worst of the fall and winter 2014 outbreak.

3. Al Jazeera takes a deep look at Marikana, where women are leading the charge in a fight against the exploitation of shantytown conditions near a mine employing thousands. After years of “absolutely horrid” conditions, the women are pushing for the middle class lives they have long been promised by the World Bank. 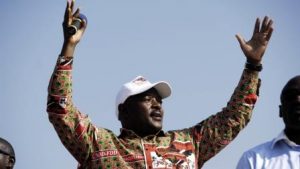 4. Burundi remains locked in civil conflict after Monday’s parliamentary election, which thousands boycotted in response to president Pierre Nkrunziza’s bid for a third term. Six have been killed in the violence, while the country continues to wait to hear the results of the election. Meanwhile, African leaders have encouraged Burundi to delay the presidential vote, scheduled for July 15, in the face of the violence.