Emerging Markets in Africa Can Boost Your Investment Portfolio

With a humorous spin on critical issues in Africa, this film captures the story of five African children with different backgrounds that unites them as they embark on an adventure they will never forget.

Dudu is a young orphan who lectures on condoms and safe sex to his peers and lives with his young sister who is inspired to be a doctor. Dudu’s best friend, Fabrice, is a talented soccer player convinced by Dudu they should leave Rwanda and head to the audition for a warm-up act at the 2010 World Cup in South Africa.

Without knowing they will travel more than 3,000 miles, their journey becomes all the more difficult the further they go. They end up in war-torn Congo, where they meet a child soldier who is running from his past. As they continue they meet a young girl who had been forced into prostitution. They later discover a life-changing secret Dudu’s been hiding.

This film did a great job balancing the idea of dreams, friendships, and facing difficult life situations. 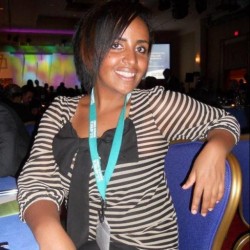