Zimbabwe Elections: What are Africans hoping for?

A good friend of mine in Harare said to me three years ago, “please let there be no elections. The people here fear nothing more. We just want to be left alone for long enough to rebuild.”

Most people agree that elections are quintessential democratic rituals. But faux elections may only make things worse for democracy. Zimbabweans are right to fear them. The legacy of manipulated and violent elections has been collective torture.

Is this election exercise any different? Perhaps. Olusegun Obasanjo, former Nigerian president and head of the African Union monitors, has already called the elections credible. And there is the usual range of gloomy journalism suffused with tantalizing suggestions of improvement—-the turn out is high, Mugabe says he will honor the outcome…

What is at stake?

A decade of hell has not been sufficient to extinguish the flame for those who yearn for an end to corruption and more accountable government, loosely represented by the Movement for Democratic Change (MDC) and its splinter. But their opponent in this epic political battle, Zanu-PF, mobilized its own coalition who believe just as deeply in Zanu-PF’s version of fighting global imperialism and promoting a fast track to land reform. Of course, who leads will be at stake but the struggle on the ground is just as much a referendum on priorities: accountable government versus land justice.

That is the sticky wicket of democracy. What one person wishes, another may dread. Mugabe knew at the beginning of this crisis in the late 1990s that all was not lost. He mobilized sufficient support to forestall the critics of his party’s democratic deficits in the repressed anger of those who long for land reform (to address the original theft of Zimbabwean land by Britain and the settlers), albeit at the price of the economy.

For a few days, the spotlight of attention will fall on Zimbabwe. Pundits, politicians and all of us who care will try to see under the events to find evidence of progress. The elections will then be graded and history will move on.

What this grade will miss is the thousands of ways in which Zimbabweans have been struggling to resolve the political tension from the ground up. This actual civic engagement is the real hard work that has been going on between elections. The change will come and, perhaps, it can already be seen. The new constitution, for example, only allows for two presidential terms (albeit once again it resets the clock for a leader who has already spent 33 of his 89 years as the leader of his country).

Clearly, these elections are historic.

They are the first under the new constitution passed in May—the Lancaster House Constitution was long a bone of contention for all sides of the political spectrum. They will also mark the end of the unelected Unity Government, which was a stopgap after the 2008 election debacle. And, whatever the final grade of the 2013 elections, Zimbabweans will face, as my friend has long dreaded, a new political landscape around which they will need to organize.

Economic growth is coming, land reform may have largely played out, let’s hope political advances toward open and responsive government can come too. 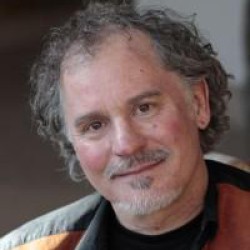 Latest posts by A. Scott DuPree (see all)
Share
0