CABJ preparing next generation of journalists

[/media-credit]Twenty years after the infamous 1994 genocide, the African nation of Rwanda appears to be a reformed country – one built on the ideals of strong governmental accountability, social justice, and grassroots organization.

These cooperatives make up more than 2.5 million people, or roughly 22 percent of the country’s entire population, according to Adolph Kajangwe, a native of Rwanda, now working and living in Boulder, Colorado.
Kajangwe spent part of his life in Burundi because of conflict in Rwanda, and now supports economic and industrial development initiatives in Rwanda.

“Cooperatives are a strong force economically to be reckoned with,” he said during an event on July 29 to raise awareness about Rwandan cooperatives. The fundraising event was organized by Denver-based African Development Promise, a non-profit working in Rwanda and Uganda in East Africa.

“Rwandan cooperatives have been the path out of poverty and hope for millions of Rwandans,” Kajangwe said.
Agriculture remains the backbone of Rwanda’s economy, employing 90 percent of the population, according to a 2009 Rwanda Institute of Policy and Analysis Research.

Cooperatives are like-minded, specialized groups of people organizing themselves on the grassroots level to solve local, environmental, governmental, and social problems, according to Monica LaBiche Brown, founder and executive director of Africa Development Promise.

Today, Rwanda is one of the ten fastest-growing economies in the world, growing at a rate of about 8 percent a year since 2012, according to the World Bank. But rural economies are still having problems, according to LaBiche Brown and Kajangwe.

As a part of its mission, LaBiche Brown said, African Development Promise is helping rural cooperatives get organized, operable, and manageable. The nonprofit is currently visiting start-up cooperatives in East Africa, offering consultations in areas such as business, management, and operations.
Over the last year, the organization has helped with the development of a group of 66 female farmers who overcome difficulties taking their produce, such as green beans to market.

“First, they lost their financial support,” LaBiche Brown said. “Their primary support fell through and they went to the government to find support. That is where we found them.”

Before Africa Development Promise consulted them, they were selling their beans ‘off the side of the road,’ she explained. There was no place for storage, and their crops would spoil, she said.

About 60 percent of people living in rural Rwanda are subsistence farmers, according to LaBiche Brown. These are the people “who grow and live off their own food,” she added.

These farmers have not yet thought about or been connected with others who are organizing themselves to sell their food in a market. The remaining 40 percent is split evenly between those working in cooperatives (20 percent) and those who do not grow any food and are living in extreme poverty (20 percent). 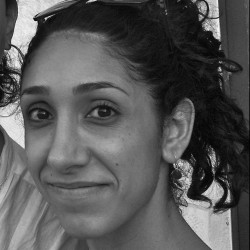 Diana Aqra
Diana is a writer and producer of international news. She focuses on topics including diplomacy, development and globalization. She can be reached via the website: www.GlobalColoradoNews.net.

Diana is a writer and producer of international news. She focuses on topics including diplomacy, development and globalization. She can be reached via the website: www.GlobalColoradoNews.net.