A few weeks ago, as the result of a 5-4 ruling handed down by the Supreme Court, the United States legalized gay marriage.

As couples across America rushed to get married, African leaders carried about their days without comment on how this ruling might impact legislation within their own countries.

Across a continent where two countries enforce the death penalty for homosexual activity (Sudan and Mauritania), an expansion of homosexual rights still seems far off.

However, times are changing.

Even Uganda, whose boastful anti-gay laws led a cross-continent movement to penalize homosexuality, struck down their anti-gay laws last August based on the fact that the original law was passed without a quorum.

Whether Uganda feels the pressure placed upon it by international governments to continue the legalization of homosexuality, or whether it chooses to placate its conservative population and re-institute the ban on homosexuality remains to be seen.

We do know, however, that the landscape is changing. In 2014, Mozambique and Lesotho repealed their anti-gay laws bringing the total number of African countries where homosexuality is legal up to 20, or almost 40%.

Additionally, the Seychelles and Malawi have suspended arrests for violators of their anti-gay laws with promises to repeal the legislation. Now that the United States recognizes same-sex marriage as a right, it will be interesting to see which African countries follow suit. 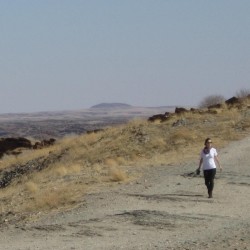 Alicia Houser
Alicia's love for Africa stretches back to her childhood spent in Namibia. She is a 2012 graduate of Austin College where she majored in International Relations and African Studies.

Alicia's love for Africa stretches back to her childhood spent in Namibia. She is a 2012 graduate of Austin College where she majored in International Relations and African Studies.