[/media-credit] Participants pose for a photo at the 8th Annual Energy Africa Conference in Golden, Colorado

Perhaps it shouldn’t come as a surprise that Golden, Colorado sees its fair share of annual international conferences. Craft and corporate breweries make the landscape nearly as famous as the Rocky Mountains.

Golden also hosts its fair share of meetings focused on innovations in energy. The National Renewable Energy Laboratory (NREL) is headquartered here. NREL creates energy miracles every day and is literally the “Gold Standard” for the best and brainiest, forging new technologies at the forefront of a carbon-free economy.

On October 29th and 30th, the Colorado School of Mines hosted its 8th annual Energy Africa conference. The theme was “Infrastructure and Knowledge – Connecting Sustainable Energy and Economic Development.”

In this context, one would expect a solid discussion at the Energy Africa Conference on how these global negotiations will impact health, energy, and economic development on the continent.

Attendees and presenters were a diverse group, ranging from Mines students to solar energy companies, and mostly male. We heard from representatives of varied African government ministries and major oil and gas companies such as Shell. Also attending were local Africa-Colorado business leaders as well as Colorado nonprofits focused on renewable energy, like American Renewable Energy Institute (AREI).

Energy and economic development had the full focus and attention of the 100 plus attendees.

While there was a slight nod to the upcoming COP21 meetings by the State Department’s Jim Wilson, Senior Coordinator for Trade Promotion in the Bureau of African Affairs, opportunities to promote sustainability within the context of jobs growth, health impacts, and carbon-capping were missed by a host of speakers.

Wilson pointed to the success of solar energy in South Africa, though the link to climate resiliency and its economic and social impacts could be discussed more fully.

It was great to learn how Brand USA helps leverage investments of the Development Banks through its Power Africa program – with more than 4,100 MW of clean energy development – through understanding the continent’s “natural gas economic explosion” and its impact on the health of local communities is paramount for sustainable development.

Fenda Akiwuma of the University of Florida included community and indigenous rights perspective and conservation programs as integral to sustainable economic development, pointing specifically to the African Convention on the Conservation of Nature and Natural Resources to promote sustainable livelihoods.

To my knowledge, only one speaker crafted the presentation around the upcoming climate meetings.

AREI’s Chip Comins centered his talk on the importance of the Paris negotiations, discussing the nexus of energy development in Africa and ensuring sustainable development of resources with limited or zero carbon emissions. Comins said he hopes the 41 presidents of Africa who are Paris-bound see low-carbon development as essential.

He spoke briefly of the world’s climate refugees, and how health impacts and internal displacement of communities due to climate events like drought, flood, and pollution are driving the need for a more-swift transition to a renewable energy economy.

Reminding the conference attendees of the Syrian refugee crisis and how it began, he talked about how climate-related drought affecting Syrian farmers started a chain reaction to the millions of displaced Syrians current day. According to Comins, Climate Change presents “the greatest crisis of humanity and also the greatest economic opportunity of the human race.”

Africa has the chance to be at the table – at every table – during the Paris talks to do sustainable energy right from the start. The keynote speaker, inventor, and rocket scientist Lonnie Johnson led his talk describing the top 10 issues facing humanity. Energy tops the list.

According to Johnson: “If we can solve the energy crisis, we can solve the rest of the issues,” which include water and poverty. “We need an energy miracle,” for Africa, he said, quoting Bill Gates’ interview in the November 2015 issue of Atlantic Monthly.

Johnson’s inventor’s response to creating this “miracle” is designing electric vehicle batteries, which can increase the range of current EV batteries from 300 miles to 1,000 miles. This would be great at the village level in Africa, connecting the rural to urban corridors and enhancing market exposure. Moreso, his particular brand of “miracle” will reduce the carbon emissions of the 1.2 billion petrol-fueled vehicles currently on the road.

The main take-aways of the conference are innovation and collaboration – and the need for more women working in sustainable energy. While traditional energy companies are not well-known for sound environmental policies, there is an upward trend to support corporate social responsibility across the global energy and manufacturing arenas.

Finding common ground between the traditional and innovation sectors like renewable energy is not always easy, but it is happening. And conferences like the Energy Africa Conference help provide the opportunity to start the dialogue to find collaboration and common purpose.

It happened here at the Colorado School of Mines, folks. And like most conferences of the international variety, the real “energy miracles” arise from the personal energy and relationship-building that takes place while networking. Where else might you find the founder of Solar Energy International and representatives from Shell Nigeria sitting down at the same table? 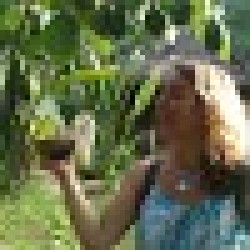